Aircall is a cloud-based business phone and call center system that helps manage and streamline customer support and sales engagement operations. Designed for offices and teams in remote areas, it enables users to integrate the software with client relationship management (CRM) and helpdesk systems and manage calls directly from it. Features of Aircall include voicemail, queueing, recording, shared call inbox, contact management, assign, tag and add comments. It allows businesses to form employee groups based on location, responsibilities, skill set and other attributes and create business strategies to facilitate team performance. Additionally, it provides phone numbers, which can be used to make calls from anywhere and get live feeds on processes. Aircall integrates with various third-party applications such as Salesforce, Zendesk, Pipedrive and Slack. Pricing is available on monthly subscriptions and support is provided via email, phone and chat. 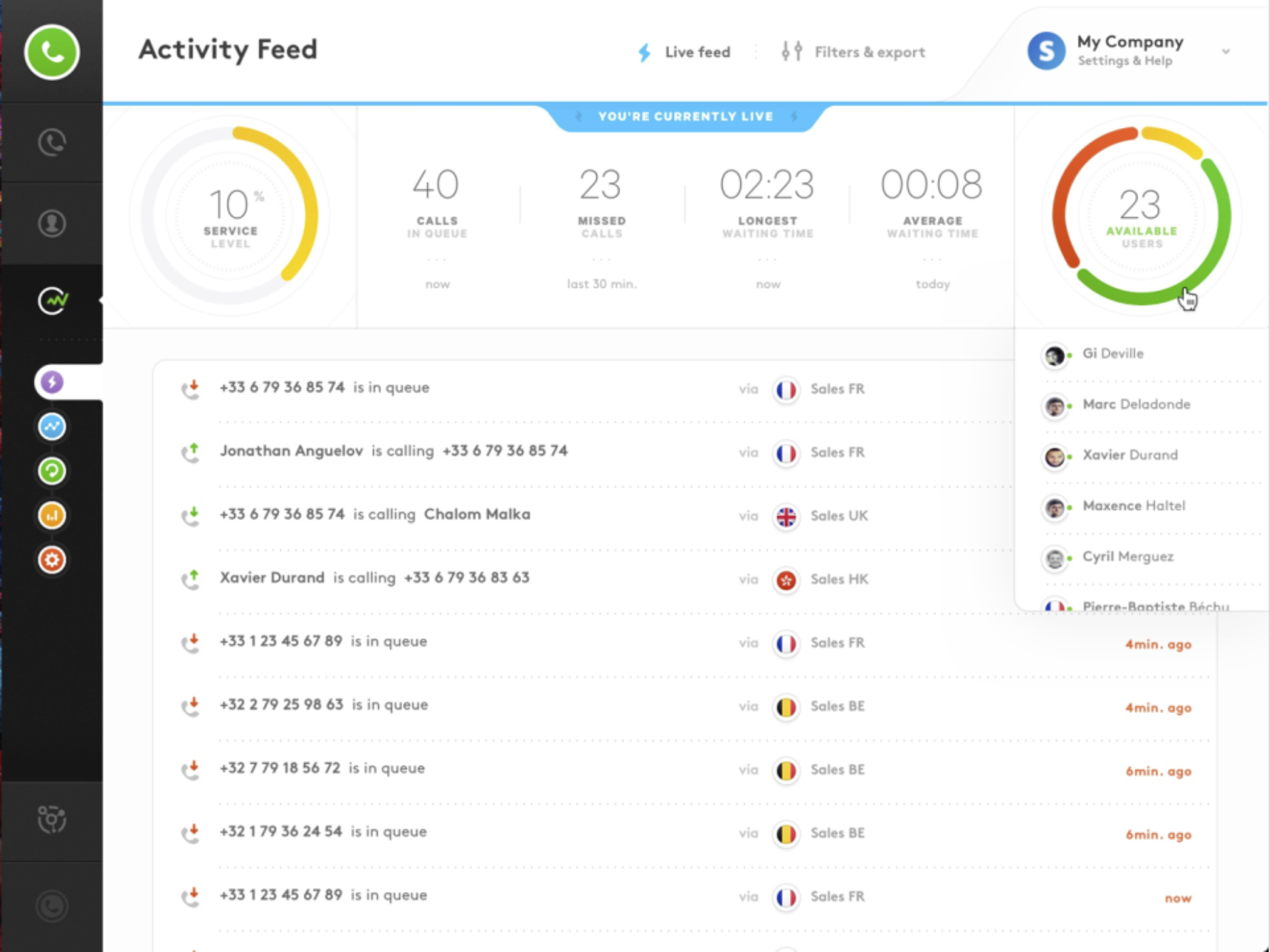 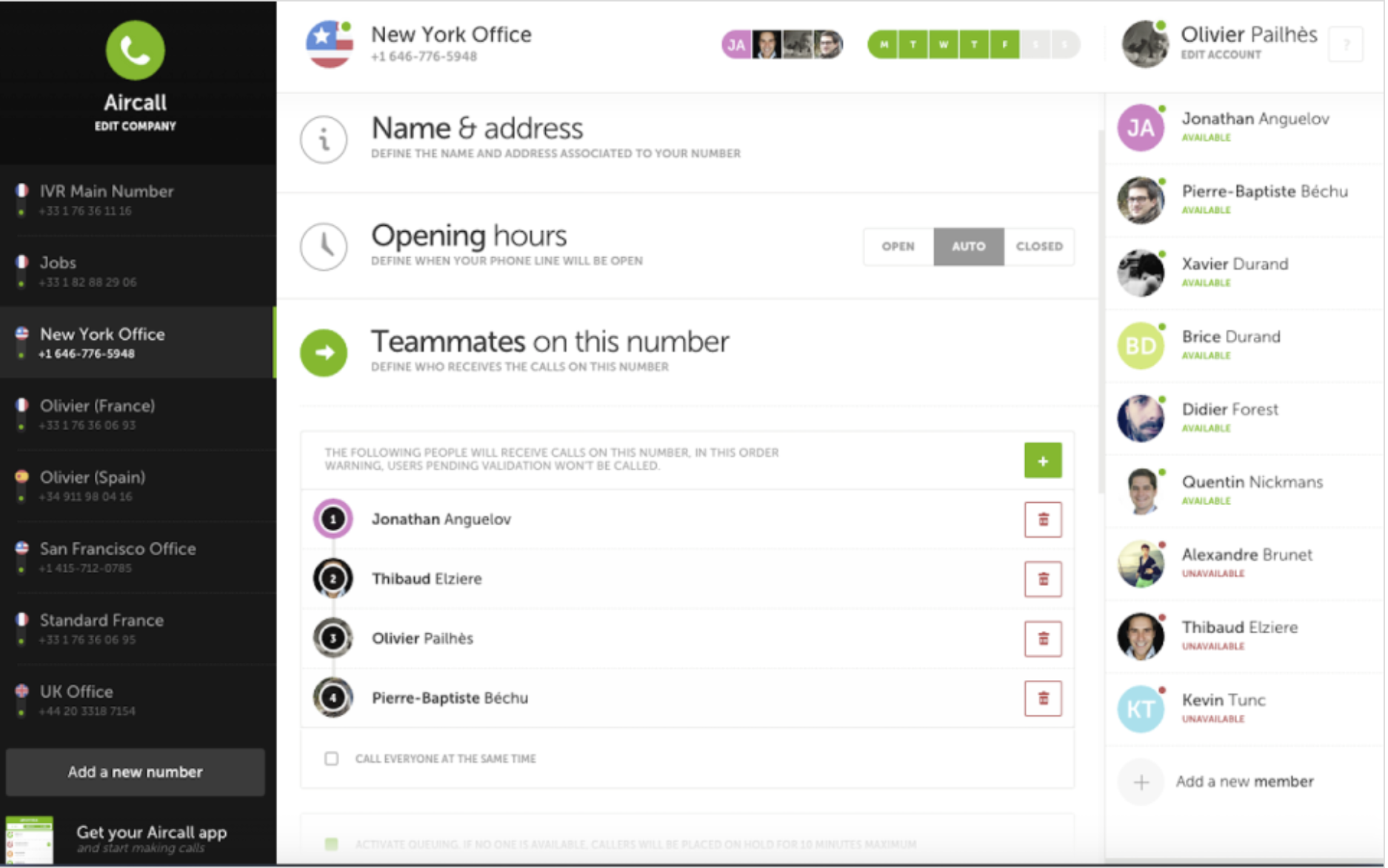 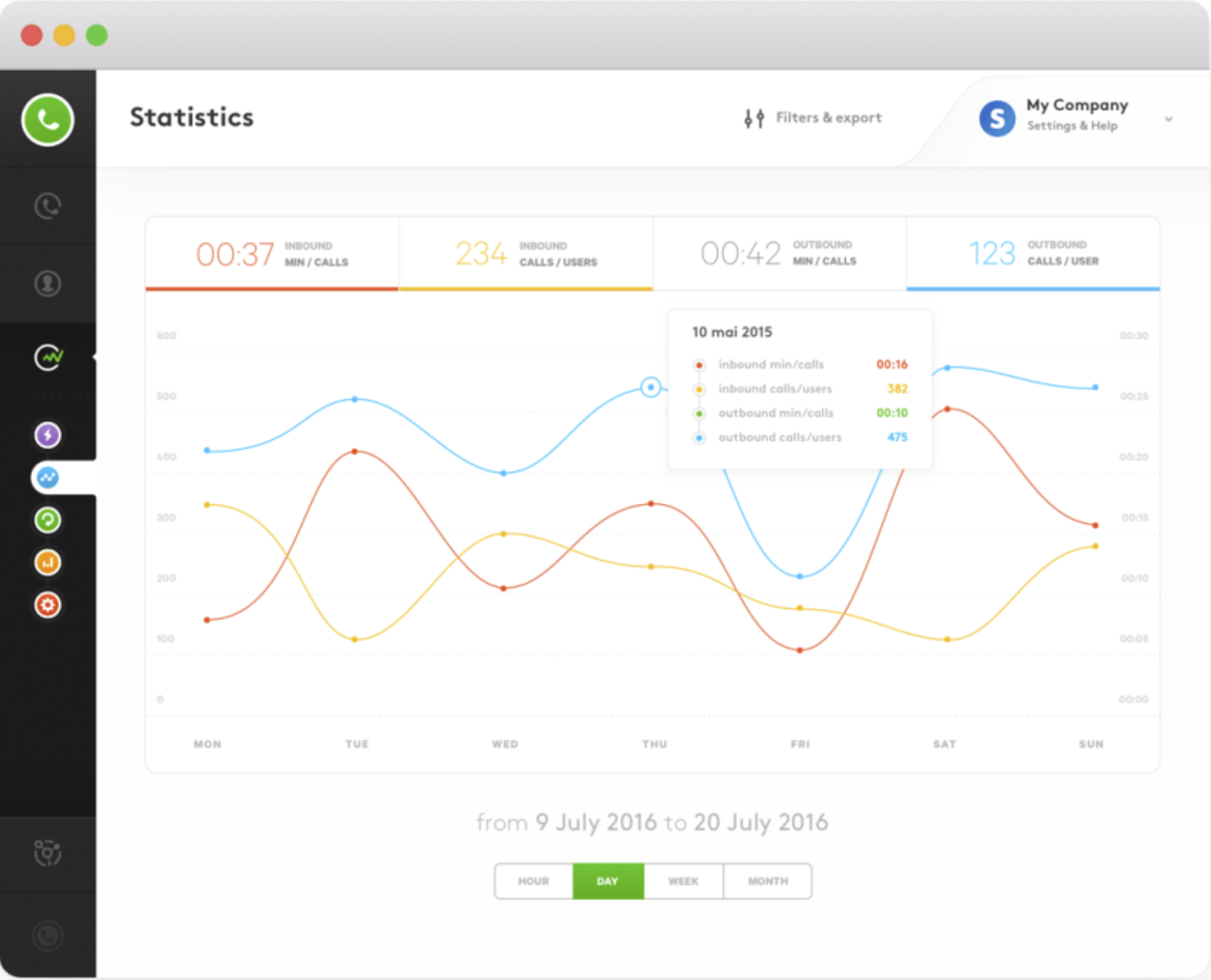 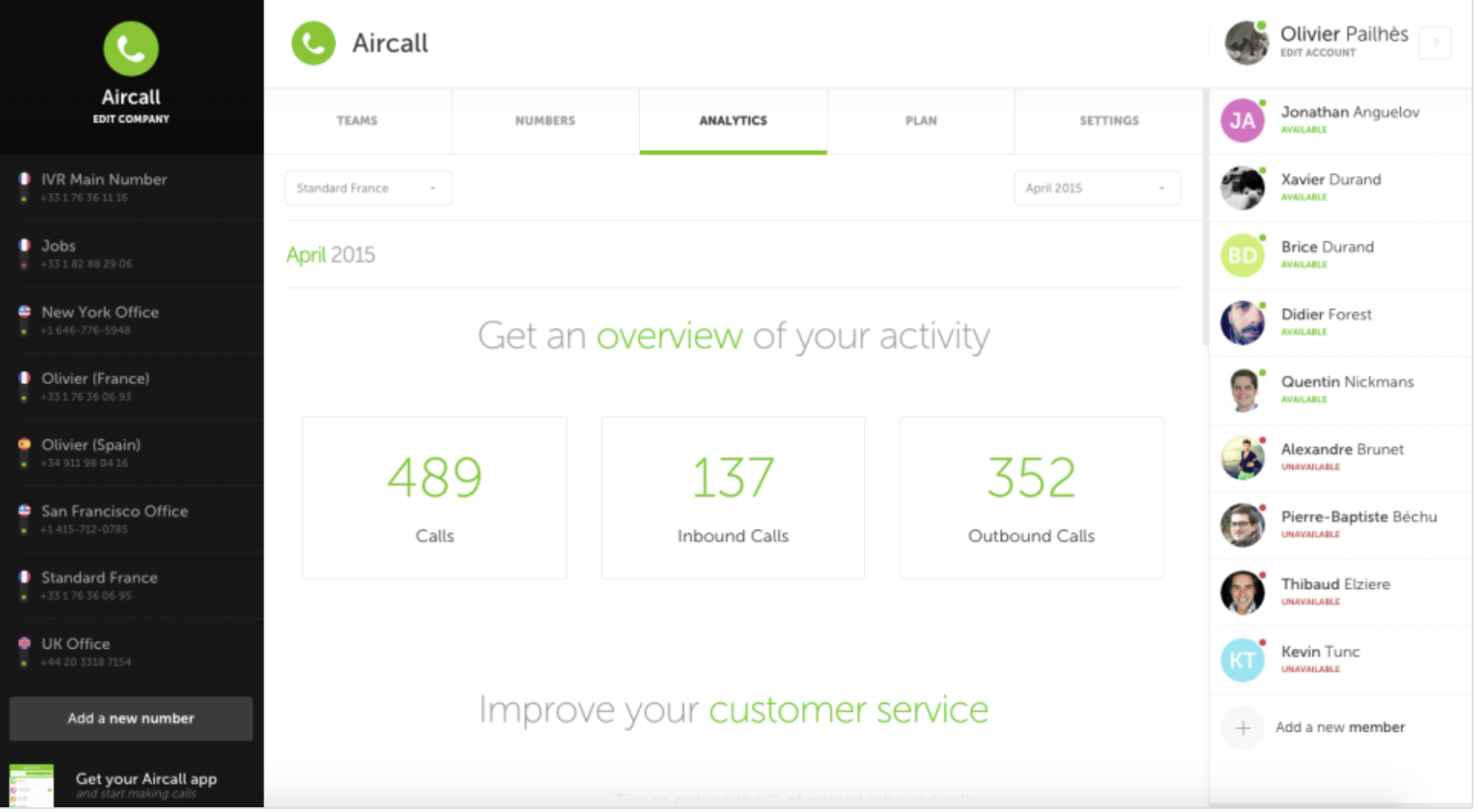 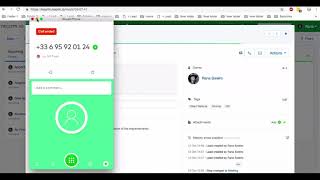 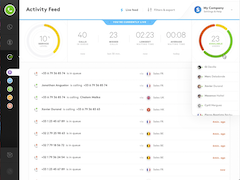 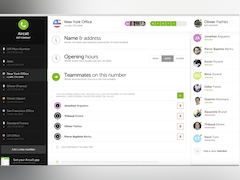 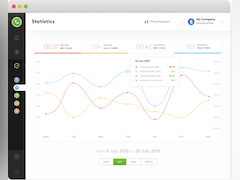 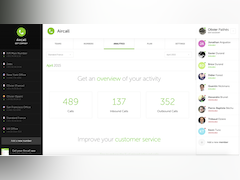 Aircall does not have a free version but does offer a free trial. Aircall paid version starts at US$30.00/month.

4.5 (195 Reviews)
CloudTalk is a contact center management solution that enables businesses to streamline communications with teams and...
Compare Learn More

4.5 (229 Reviews)
3CX Phone System is an open standards communications solution, suitable for any sized business that wants all the...
Compare Learn More

4.5 (1003 Reviews)
LiveAgent is an online live chat platform for e-commerce businesses at the small and midsize level. The platform offers...
Compare Visit Website

Value for Money
4
Functionality
4
Ease of Use
4.5
Customer Support
4
5 reviews of 183 View all reviews

One of the best

I have used the free trial, worked amazingly. Integrates with Pipedrive as well. The only problem was the price. It was more than our budget

It's got everything you need for a smooth sales process. From the interface, to call recording, ease of use, transferring calls. Just perfect.

Software seems to be flawless, however, for a smaller sales operation like ours, the price was very high.

Hi Selim, thank you so much for leaving this kind review! We are thrilled to hear that you had a nice trial experience. We hope that one day we'll get to work with you on a more permanent basis. Cheers! - Max

Aircall has been amazing, from the Support guys to the Customer Satisfaction team.

The most important part of Aircall is that we're able to sync the contacts between our different phone lines and add the contact during the calls or afterward. This feature has helped us make things easier for the agents that answer calls every single day of the week.

The only con that I have found from Aircall is the fact that you're not able to use the phone numbers to send or receive text messages. As a Roofing Company, some users choose not to call but to text or email us and the fact that there is no way to check text messages or send them.

Calltools never worked for us, we never got the dialer and script features working and the support team took hours if not days to get back to us or even to close a ticket. Also they made us install third party dialers to use their calling services which was not convenient because they use a complete CRM and that made us move forward.

Reasons for Switching to Aircall

Because Aircall does not require fiber optics connection to handle inbound/outbound calling, they offer a wide platform support for IOS, Android, Windows and MAC apps to be installed so if you're out on the move or in office or even at home you can work from any device in reach.
Allen W.
Value for Money
2
Features
2
Ease of Use
2
Customer Support
1
1
Reviewed on 02/08/2017

If you like a tons of bugs, features randomly removed, and terrible customer service that...

Aircall used to be a solid product with fair pricing and good support. I don't know what's changed in side their company, but something has gone wrong and now their product and customer service are suffering.

They have dedicated apps for all the major devices (iOS, Mac, Windows, etc). They have a good website that's easy to find what you're looking for.

I have to begin with the fact that their customer service is horrible and screwed me out of so much money after they changed the product without warning.

I was on their enterprise plan and paid for the entire year upfront for all my users and lines. 6 phone lines, 4 users. I was supposed to get an account executive, but was never assigned one until 7 months later when I had a major issue happen and asked where my rep was. She had just been hired maybe 2 weeks prior, she said.

Halfway through July 2017, the engineers accounted a bug in a feature we depended on. They issued a 'bug fix' by removing the entire feature without warning! Without this feature, we couldn't use the Aircall service. I had several phone calls with them and maybe a dozen back and forth emails, but Aircall wouldn't add the feature back.

I politely asked for a refund for the remaining 5 months of service and they flat out refused, even though the product I paid for had changed, I didn't sign a contract, and there was nothing in their TOS about it. Now, I've paid for 5 months of service I'm never going to be able to use because Aircall removed the function we needed.

This is AFTER I'd written glowing reviews on various ecommerce platforms, told other entrepreneurs to get it, and again, paid for an entire year.

Outside of that, the software always seemed to be loaded with bugs. They do not add features very often, including some that are needed badly. You also can't put customers hold hold when you dial them - only when they dial into you!

I would strongly suggest skipping Aircall and trying out something like Dialpad or Talkdesk.

If I have a small business, I would still use this app :)
You get the quality you paid for!

Our company has been using Aircall for about 3 years now. It's such a neat, great functioning tool.
I had tried Zoom and RingCentral and I have a hard time hearing the person in another line.
Most of the time, it takes a few seconds for the other person to receive my message.

A little expensive than other dialers...

Hi,
My team and I are using daily the softwre Aircall to manage our customers calls and requests.
Implementing the soft was really easy. Aircall is very easy to use with a friendly interface. Any newcomer to our team is able to know all about the use within a day.

Not so much :) The price of the soft is probably to high for very small and small companies.

Reasons for Switching to Aircall

Some of our collaborators already know how to use Aircall.
View all reviews