Adobe Learning Manager an award-winning cloud-based learning management system (LMS) that addresses personalized learning experiences at scale for customers, partners and employees alike. Learning Manager is a headless learning platform that allows for out-of-the-box integrations with Experience Manager Sites or any other CMS through open APIs to create brand-integrated experiences. Also available as a standalone learning platform, Learning Manager offers best-in-class AI recommendations based on learner skills, course history, peer activity and interests. Learners can consume any content without worrying about formats through the unified Fluidic Player. The immersive browsing and search experience offers learners an opportunity to go through detailed course catalogs and check course teasers. Automation in Learning Manager allows auto-assigning course enrollments, certifications, reports and notifications. Built to scale up hybrid learning programs. Administrators can create, manage and get feedback on virtual classes from the learning platform. With gamification and social learning features, organizations can keep all their employees, customers and partners engaged in a dynamic learning environment. With several integrations like SFDC, Workday, Microsoft Power BI- it is easy for organizations to synchronize learning as a part of every activity and visualize the impact in detailed dashboards. With Marketo Engage integration organizations can use learning data to retarget partner and customers as well. In addition, integration with Adobe Commerce can help organizations sell their courses directly to partners and customers. Learning Manager comes with best-in-class performance tools such as Akamai CDN and Brightcove video streaming. Content and platform security is assured by FedRAMP Security Management and SOC2 TYPE 2 Certifications. 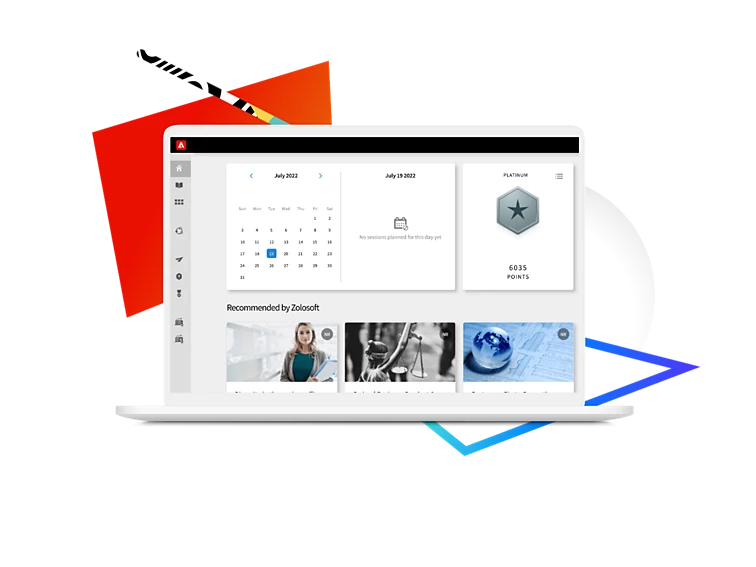 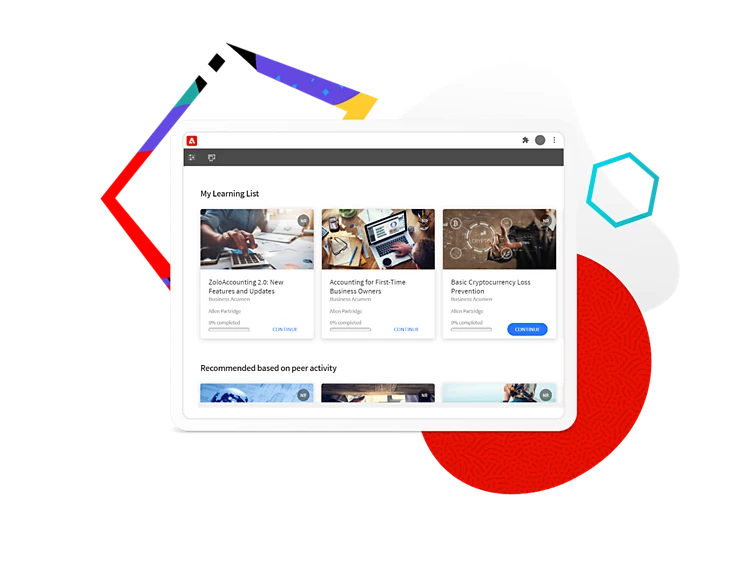 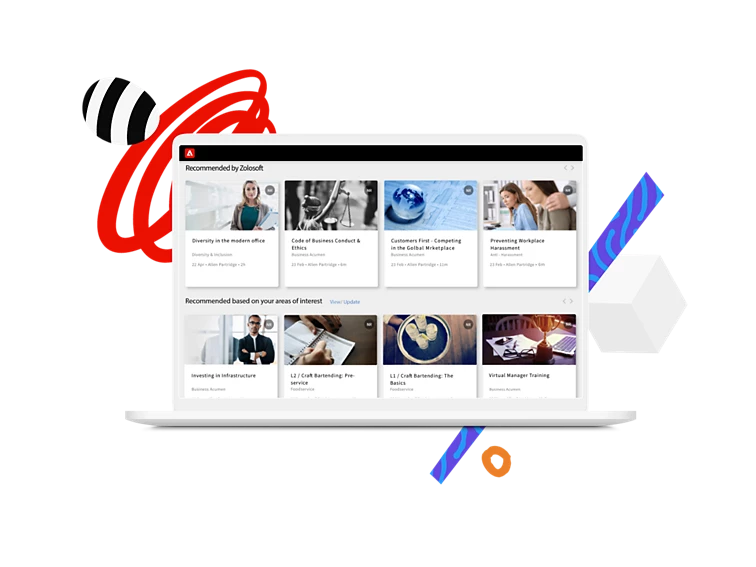 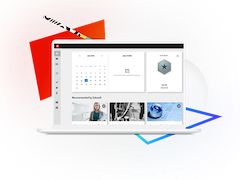 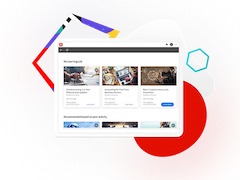 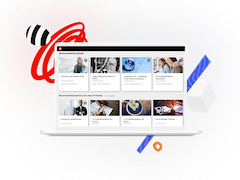 Adobe Learning Manager does not have a free version but does offer a free trial.

Captivate as a tool for LMS

Still a newbie will know more as i interact. However the features are what drew us to this software

presentation development and deployment as well as integration to adobeconnect

Instal was a handful
and took very long.

It has been good for setting up the programme - but I cannot really fully commercialise the programme until document security is better. It is easy to use, a good interface for learners. It has been a good experience but a little way to go yet in some parts of the application.

The product is evolving and starting to become a lot easier to use - a simple PDF manual would also help to bring new administrators on. It does the job well and the licencing is flexible. It is so much improved from around 18 months ago. I have found the product easier to manage and the addition of some simple features like deletion of modules has made content easier to catalogue and manage.

The product still has not adopted to meet commercial training provider needs, there is no paywall for example. There are also some simple things that commercial training providers need - after much discussion with ADOBE ACROBAT PRO DC teams, the pdf security (no printing or copy/pasting settings) are undone by PRIME when content is loaded (users can simply highlight, copy and paste content). This means a student or anyone accessing the programme can easily copy/paste content. This simply creates the capacity for IP loss. Its a small change I suspect - but critical in protecting IP for commercial providers. In the end I have had to use a workaround with MP4s. Support on the PRIME side was contradictory - despite ACROBAT testing the feature.

Great pricing, it was obvious that early on that the product was in its infancy and I was in no rush to launch as I was busy creating content. I would not switch now as the product has evolved and is close to what I need.
Verified Reviewer
Value for Money
2
Features
3
Ease of Use
4
Customer Support
4
4
Reviewed on 29/06/2022

It's easy to see my courses. Their customer care personnel is helpful and prompt, and having many profiles are advantages. As a film editor, I've evaluated numerous Adobe products and can say they're a professional, customer-focused organization.

The pricing may be excessive for me if I work alone or with a small firm of two or more because the application is geared toward large corporations, there are few layouts, and the player window isn't on the same webpage as the slides and elements.

We no longer have a training division, because of Adobe Captivate & Adobe Captivate Prime. If you don't have an enterprise license, their support team has no interest in helping you. It takes a huge amount of evidence to convince the support team that your bug or complaint is valid, they insist on blaming you or the user. Everytime one bug was solved, another one appeared.

When we realized that Captivate was more embarrassing than helpful, we had to close our training division. We didn't have the financial or time resources to re-build all of our training module on a new platform. While we used Captivate, it caused so many of our students to be angry at us. We had to give many refunds. Most importantly, it damaged our reputation.

The most basic level functionality is pretty simple to understand.

We built our entire curriculum on Adobe Captivate (100s of files). When we used Moodle as our LMS, we often had problems. For example, the user needing to enable pop-ups and unsafe scripts, the files freezing, and a student watching the entire lesson and then not having it register as completed.

We assumed that Moodle was the problem. So, we moved our courses to Adobe Captivate Prime (which required considerable time and effort).

To our dismay, the problems did not improve. If anything, they got worse.

There are many things I could talk about, but the worst was the support. They were so unwilling to admit fault. A specific example of this is when they had a bug with the radio buttons in Captivate quizzes. The first several times I tried to contact support about the problem, they blamed the problem on the users. Only after I'd sent them several user complaints, screenshots, and videos did they start to listen. Even then, it took me being very assertive to get them to admit that the problem was on their end (& would take months to fix).

Other issues: I couldn't manually mark buggy lessons as complete for students. Students had to enable "unsafe scripts." Many problems were unrepeatable - a students would send me a screenshot of a problem. I'd wouldn't be able to re-create. They they'd try again later and it would work.

Because all of our lessons were built in Captivate & even Adobe's solution couldn't play them, we closed our training department.

The best in e-learning and team training

It is a powerful ability to create different types of e-learning content easily, professional results and very useful for companies to train their customers or if you are doing a specific course, it is good for you and also track reports with a set of dashboard in addition to managing courses, schedules, virtual training and also video record with Audio to create a video presentation.

It is one of the best e-learning software and tasks can be obtained, completed and managed easily plus it is easy to simulate, add animations and highlight contents. It's easy to navigate and see all my courses. Their customer service team is very helpful and responsive and also the idea of having access to more than one different profile, these perks the truth is that I tested many products for Adobe because of my work as a video editor, and I can say that they are a professional company that makes their customers happy.

The cost may be high for me whether I work alone or with a small company of two or more because
The program is directed to large companies, in addition to the fact that there are not many templates, and the player window is not on the same page as the slides and elements