TouchBistro is an all-in-one POS and restaurant management system that makes running a restaurant easier. Providing the most essential front of house, back of house, and guest engagement solutions on one powerful platform, TouchBistro helps restaurateurs streamline and simplify their operations – allowing them to spend less time manually connecting the dots, and more time connecting with guests and growing their business. Built to meet the unique needs of the restaurant industry, TouchBistro is fast, reliable, and easy to use, and has all of the features restaurateurs need to increase sales, deliver a great guest experience, and save both time and money. By pairing innovative restaurant technology with an unparalleled dedication to customer support and success, TouchBistro has powered more than 29,000 restaurants in over 100 countries, and is a global leader changing the way restaurateurs do business. 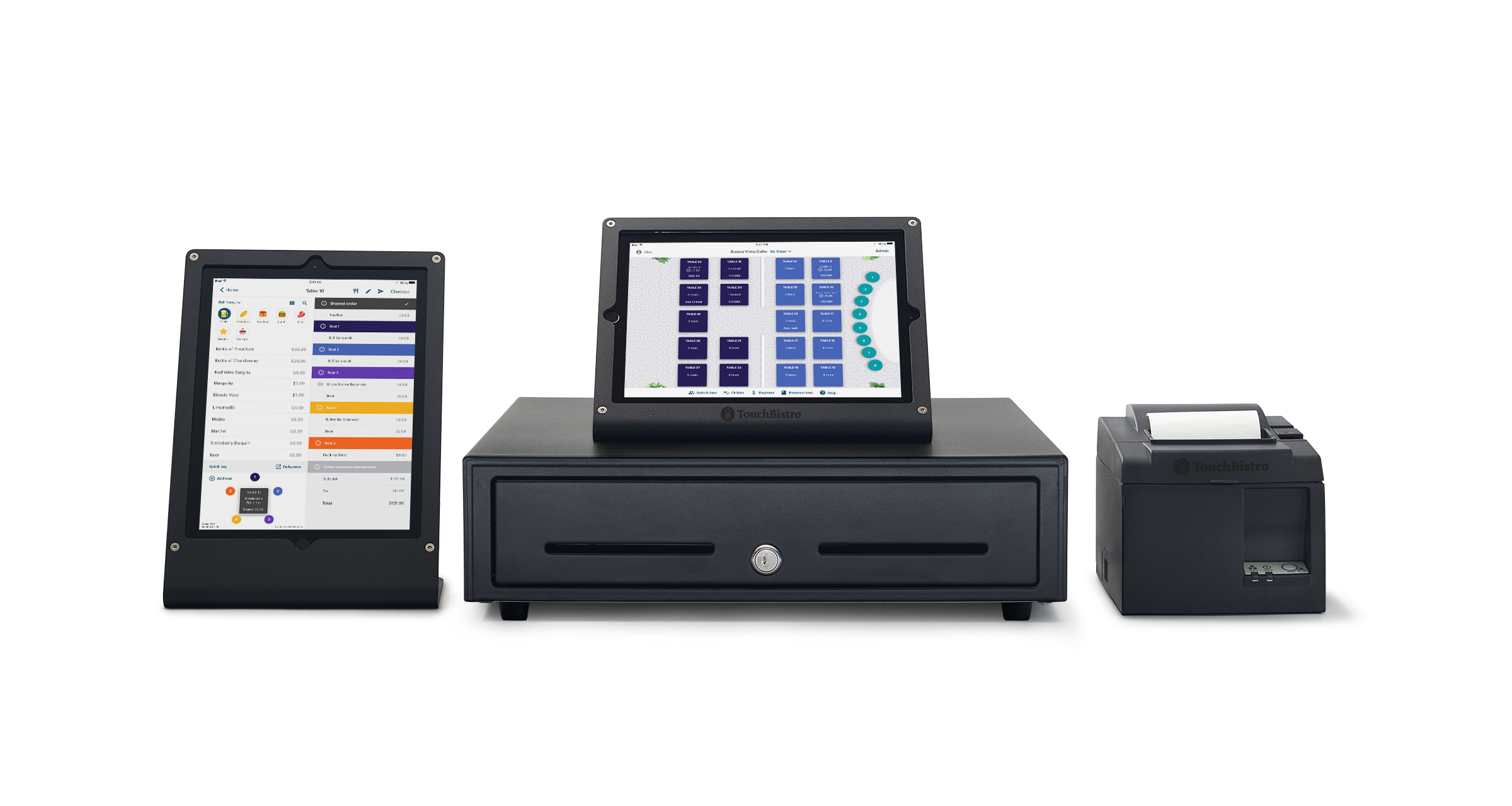 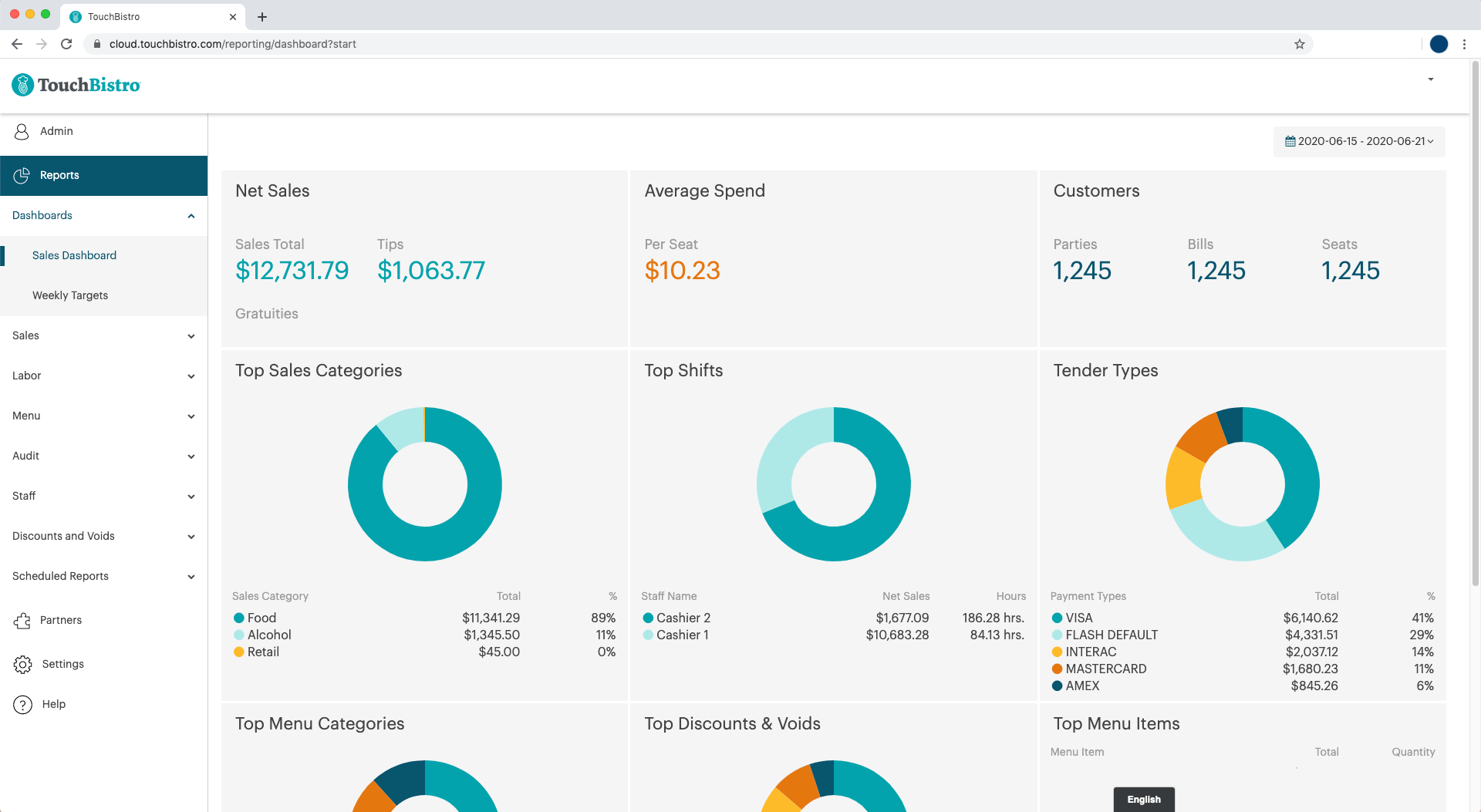 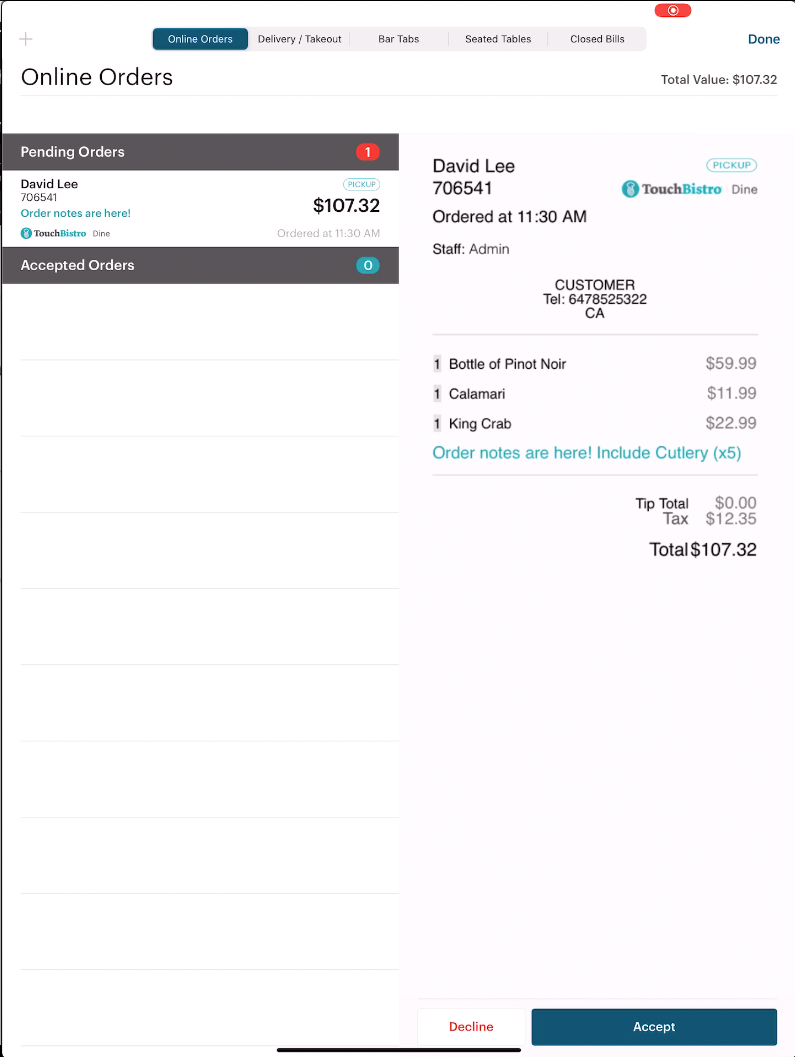 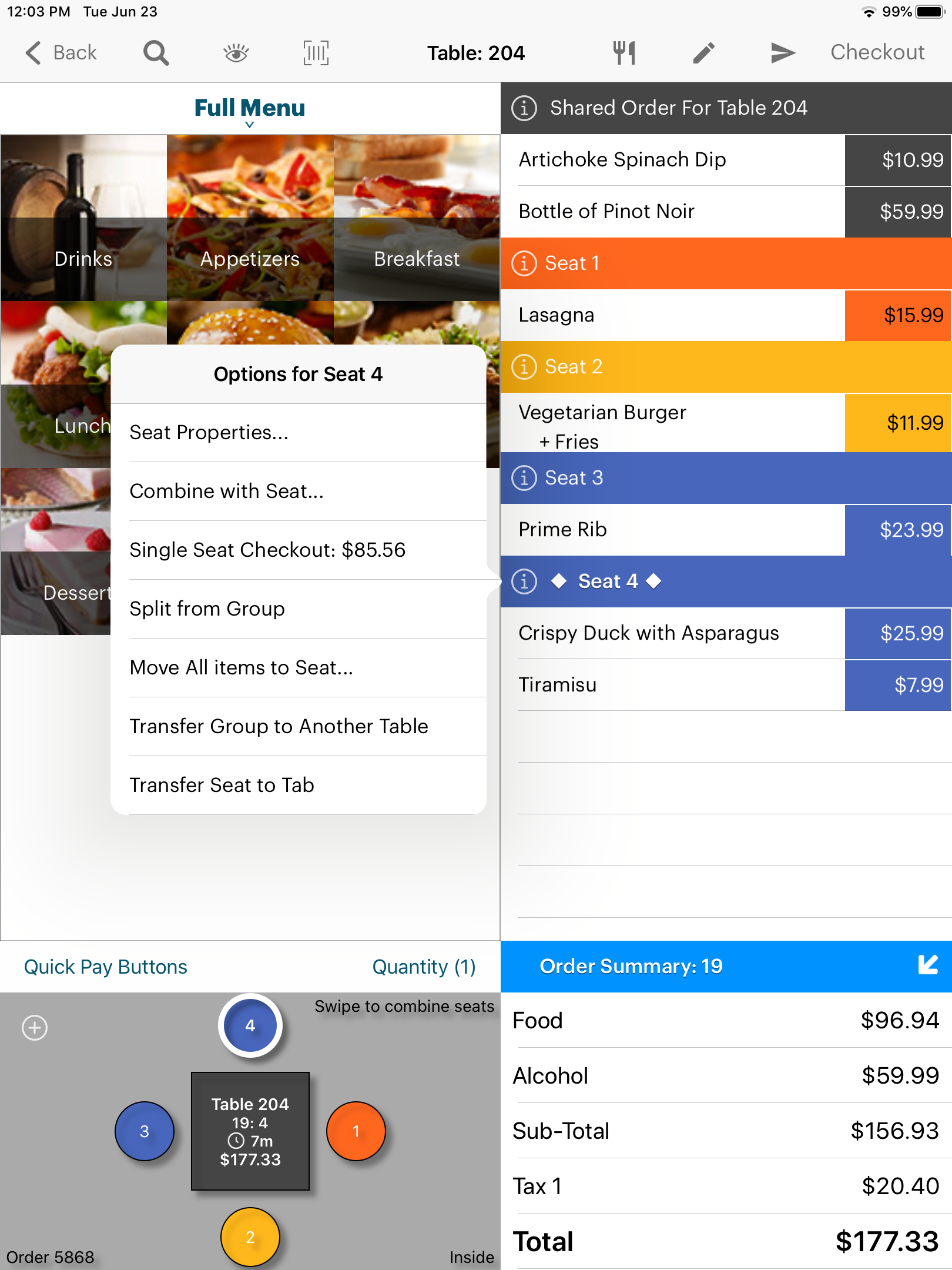 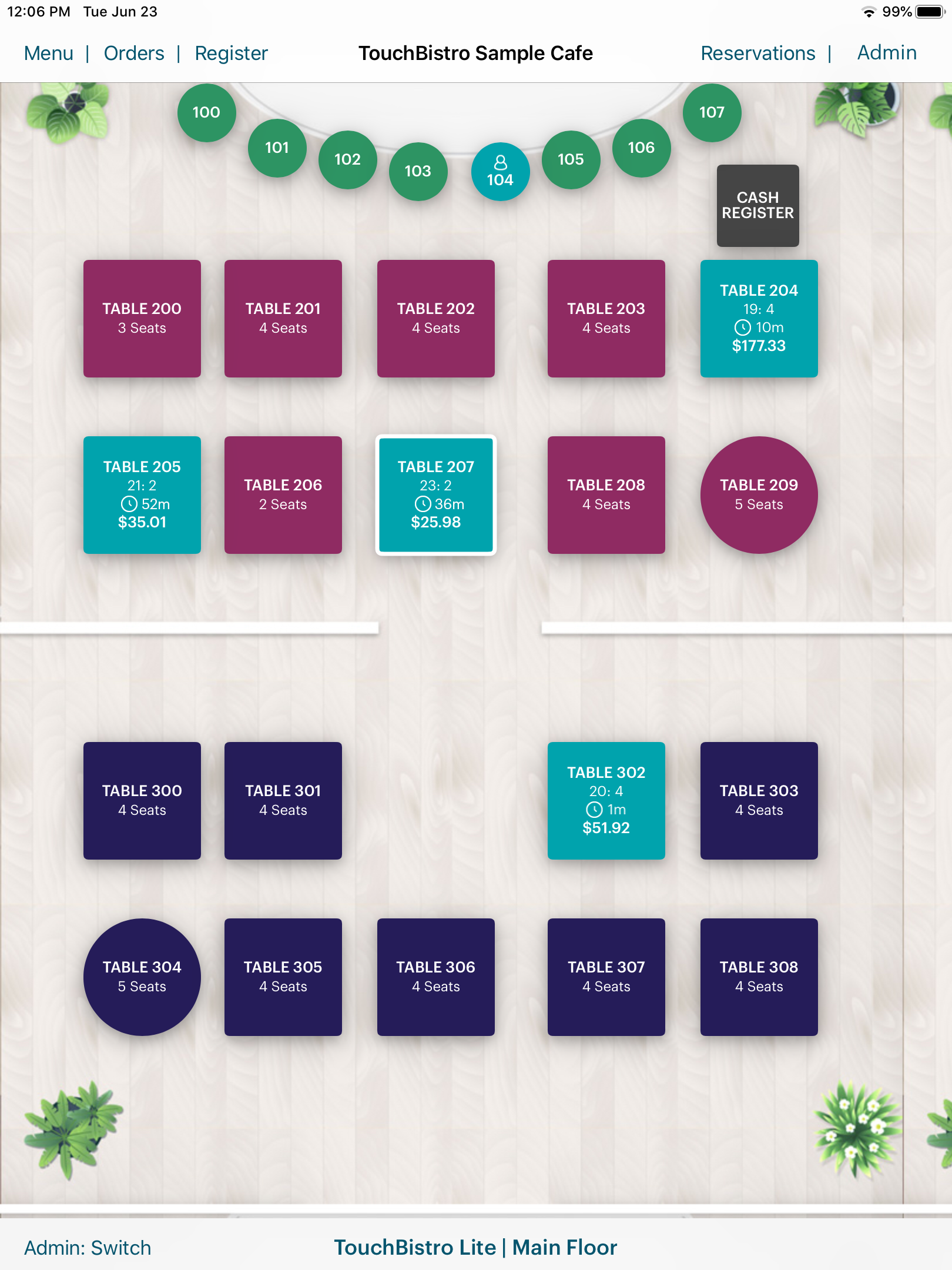 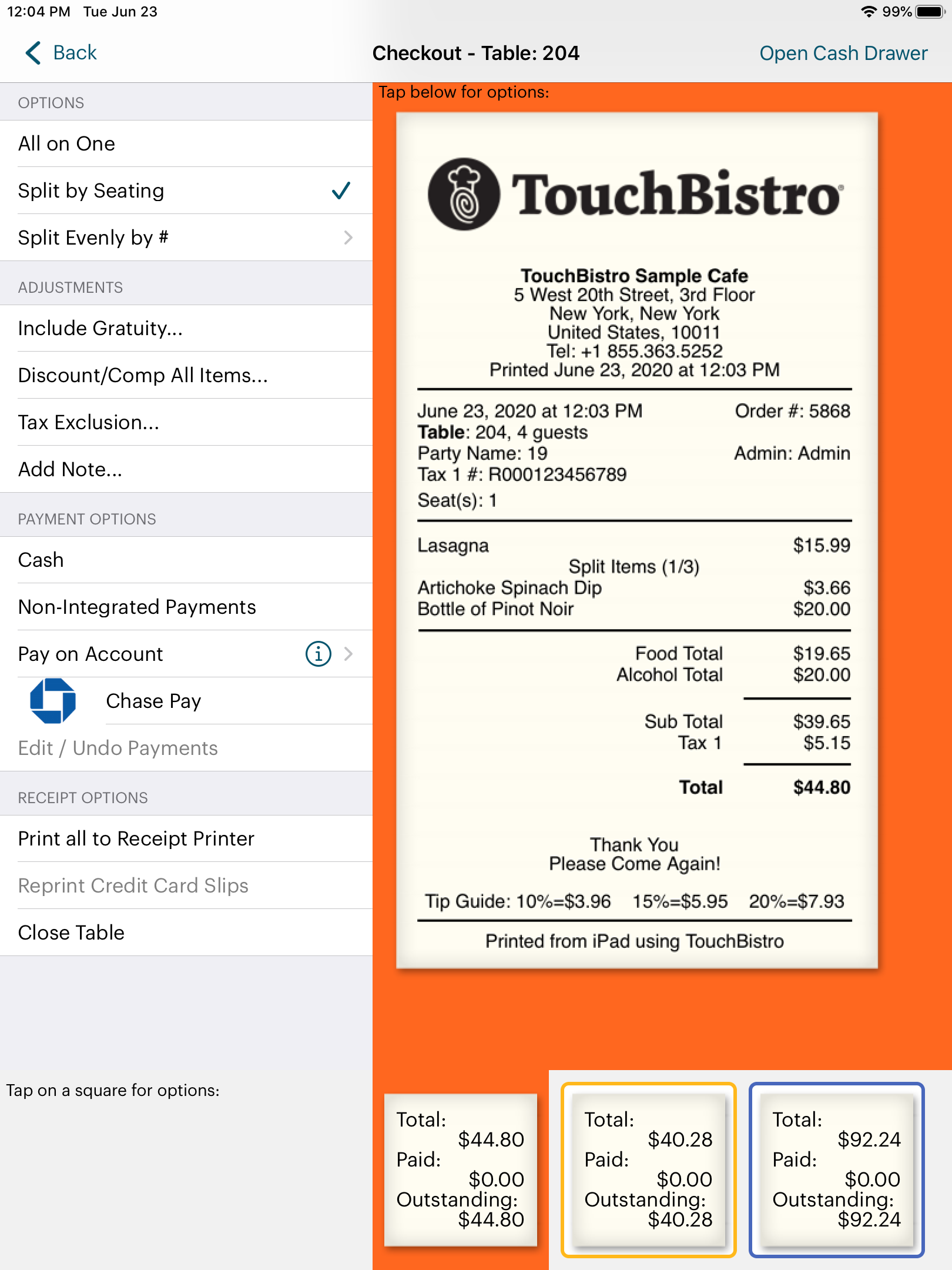 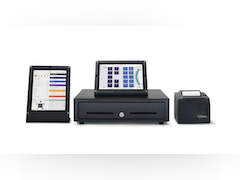 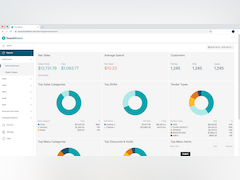 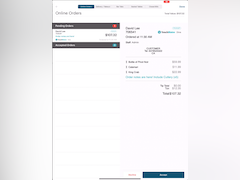 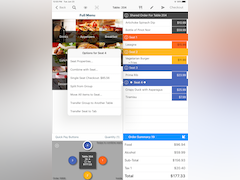 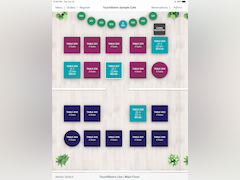 TouchBistro does not have a free version but does offer a free trial. TouchBistro paid version starts at US$69.00/month.

0 (1 Reviews)
H&amp;L is a point of sale (POS) solution that helps businesses in the hospitality and food and beverage industry...
Compare Learn More

4.5 (3 Reviews)
PDQ POS is a point of sale solution designed for businesses in the hospitality sector including take out restaurants,...
Compare Learn More

4.5 (171 Reviews)
GoFrugal POS is a hybrid point of sale (POS) solution that helps retailers across various industries, to manage their...
Compare Visit Website

Value for Money
4
Functionality
4
Ease of Use
4.5
Customer Support
4
5 reviews of 323 View all reviews

For iPad soulution for busy restaurants, this is your answer!

I have a higher volume seafood restaurant in Key West Fl called The Stoned Crab. We wanted a system where wait staff could service multiple tables while taking orders with out having to go to a main terminal. After trying another system and seeing others that relied upon cloud support and internet we were left with a crashed system and back to basics. A good resturantuer recommended Touch Bistro, I can tell you things are now amazing, the systems works incredible off its own network(yes you loose internet and never skip a beat) it's fast, reliable and the customer support and tech can't be beat. I really lost faith in entering the market with iPads after a big faluire, but Touch Bistro made me a believer and goes out of there way to find new ways to give us data and programs that we want. To sum it up, if you want to increase service, business, effiency and have happy staff.....You just found the right system, take it from me who found then latter than sooner, you won't regret.
Paul Menta

Customer support, fast system, no internet needed to run, menu photos and special items to show to customers at table, data to watch your bottom line and a ton more.

No chip card swipe yet, I would say more program features, but when I asked for more they made more. I am having trouble with this part as the programming can be a bit tech, but they help you and then your good.

This is our day-to-day workhorse software to run our retail store and bottle shop at our brewery. Could not live without it. Internet outages make everyone panic now!

The software is incredibly intuitive and has an extremely high level of functionality within its simple user interface.

The one issue we have is the inflexible partnership TouchBistro has with Apple. Thousands of dollars of hardware must be purchased to run TouchBistro, and there is almost no flexibility in what you are allowed to by to run it.

Square Point of Sale and Vend

TouchBistro is a much more powerful option for splitting up tables and creating tabs in our taproom.

Reasons for Switching to TouchBistro

Intuitive nature, ease of use, flexibility of software.
Michelle R.
Value for Money
1
Features
2
Ease of Use
3
Customer Support
1
1
Reviewed on 24/03/2021

Their tech support is a joke, it takes all day to get a hold of someone, unless of course they have just rolled out an update that is writhe with errors, then it may take as much as two days to get through to their support. It's really fun when a pos- pos update makes your visa service go out for an entire day. This company is in way to far over their heads. The system is not reliable and neither is their tech support. I just called and 24/7 tech support means someone who knows NOTHING answers the phone and tells you to call back the next day or go on your tablet and submit X to data support team tomorrow. You must have gotten paid for this review. You obviously have not experienced the product first hand!!!

The worst part is my complaints and problems got escalated to [SENSITIVE CONTENT HIDDEN] told me he would work to get me out of this system and out of my 2 year visa contract with Chase. I started talking to him in January and he has now ghosted me. No contact, no follow through. It's going to the lawyers now.

I thought this would have a better interface than what I had been using. And while it is a little sexier and the touchscreen is handy, but those small benefits our out weighed by the other problems with their lack of competent support and other functionality.

The biggest problem is that they oversold and under delivered. They told me that all my current printers would work with their requirements. Opps get ready to go live, go live and then find out you have to purchase a $350 printer bc your visa printer isn't "actually compatible" after all. Print all of your visa slips to a boh printer and run to the kitchen to retrieve them for a week while the new printer arrives- so much fun!!! They didn't explain that each device must have it's own Moby Visa device, no problem, that's only about $200+ to get another one of those. Sales person sold me on how they set up your menu, oh not that costs $800, even the promotional video they sent says the same thing.

It is not reliable, there are constant glitches in the system. They roll out updates with out thoroughly testing them. I'm not paying them $120 per month to be QA for their shitty updates. The interface with the Mobi CC machine from Chase it completely intermittent. For at least half the transactions of the day, you have to send the info to the machine twice bc it automatically craps out an error on you. During one painful update, the system stopped communicating our visa terminals altogether. Really fun to ask customer if I can write down their info and run it later, that didn't make us look ghetto or anything.

Because the Sapphire system was not very user friendly and had limitations that we were constantly trying to work around. It looks like an old dos program from 1999, for the most part.

Reasons for Switching to TouchBistro

Fair value for the price

It has been fair. Sometimes their customer service department is hard to get a hold of. We have found that calling in the morning hours (MST) have proven to be best odds so far.

The ease of my staff being able to use it on a daily basis to change or revise orders is much simplier than what we had prior.

Hi Ashley, thank you very much for your feedback! It's wonderful to hear that you and your staff have found TouchBistro to be easy to use. I will pass your note regarding your Online Ordering trouble on to our product team. - The TouchBistro Team

When I first saw TouchBistro POS sponsoring restaurants on a Gordon Ramsey television show, I thought if he recommended it maybe we needed it as well. I am not at all disappointed by this decision I have made. Traditional tickets are out the door now thanks to this lovely system. You've made our business run smoother, which means more happy customers.

The TouchBistro POS system is a very easy to use. I don't find myself to be the best at POS systems, but the setup process was basically idiot-proof. Getting everything to work took way less time than I anticipated. Also, I have yet to see this POS system crash, even during busy hours.

Sometimes there can be a little lag when putting in certain orders. It seems like the POS system is sometimes just trying to play catch up with itself. We have noticed that moving from page to page oftentimes will slow it down. We have learned to not click as quickly now though.