Front is a customer communication hub that allows companies to offer tailor-made service at scale. We combine the simplicity of the email inbox with the automation and insights of a CRM. Behind the scenes, teammates from all departments can work together to send the best replies faster, keep messages organized across channels, and always maintain a personal touch. Teams of 5 and 5,000 alike use Front to scale their communication without compromising on quality or efficiency. 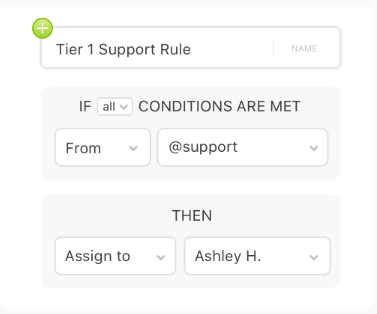 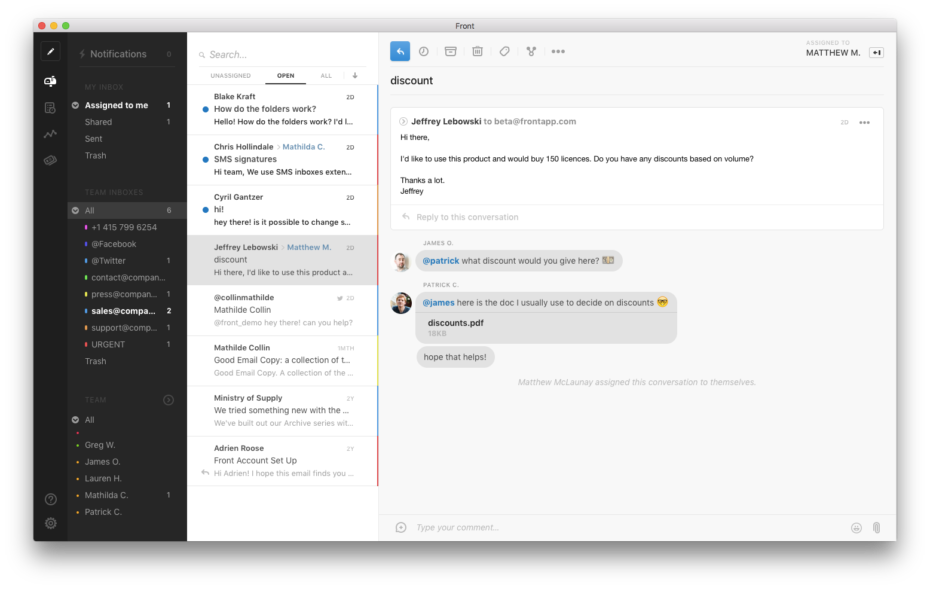 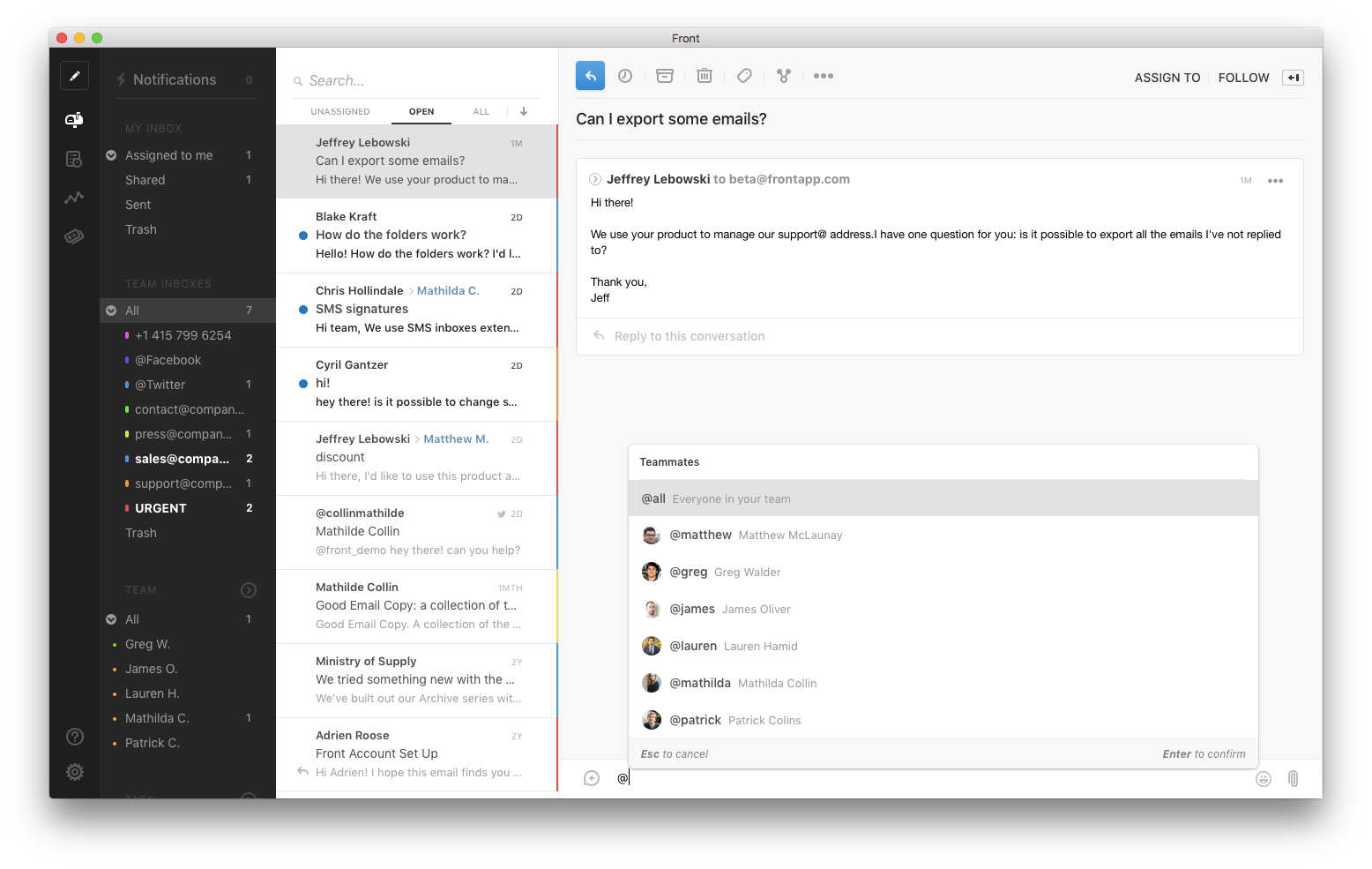 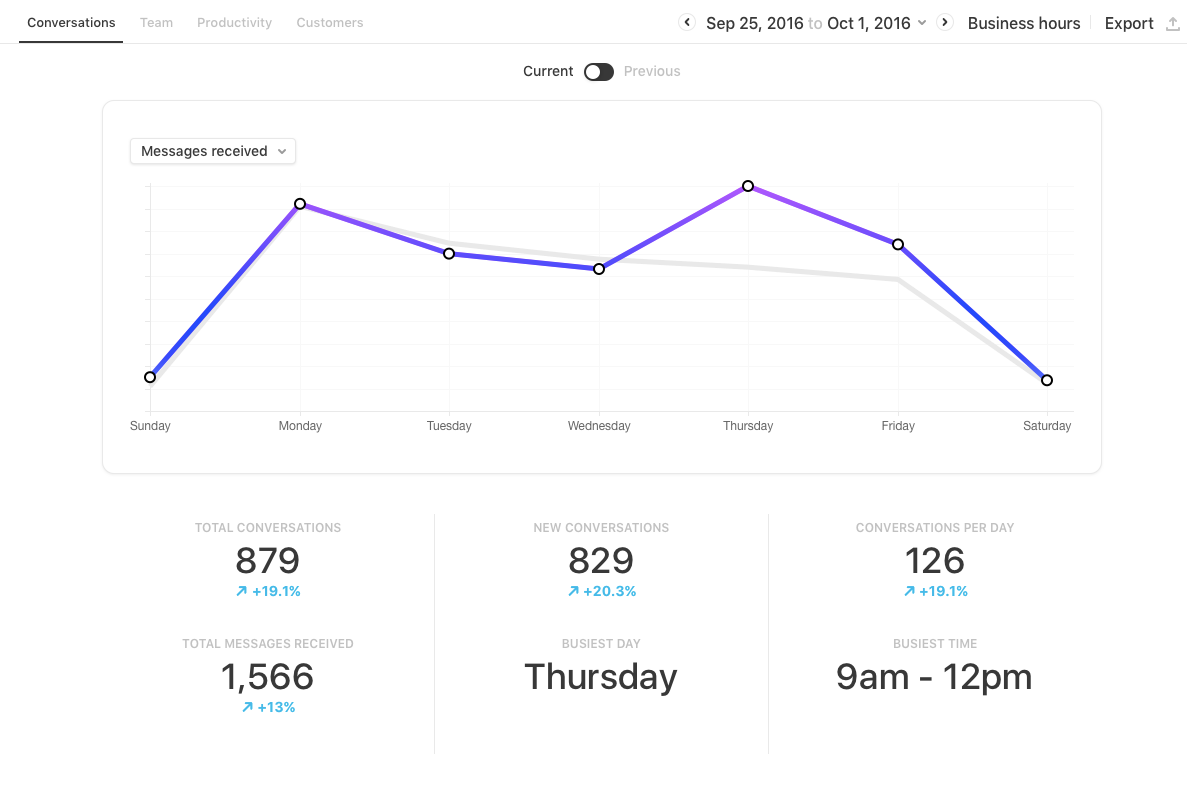 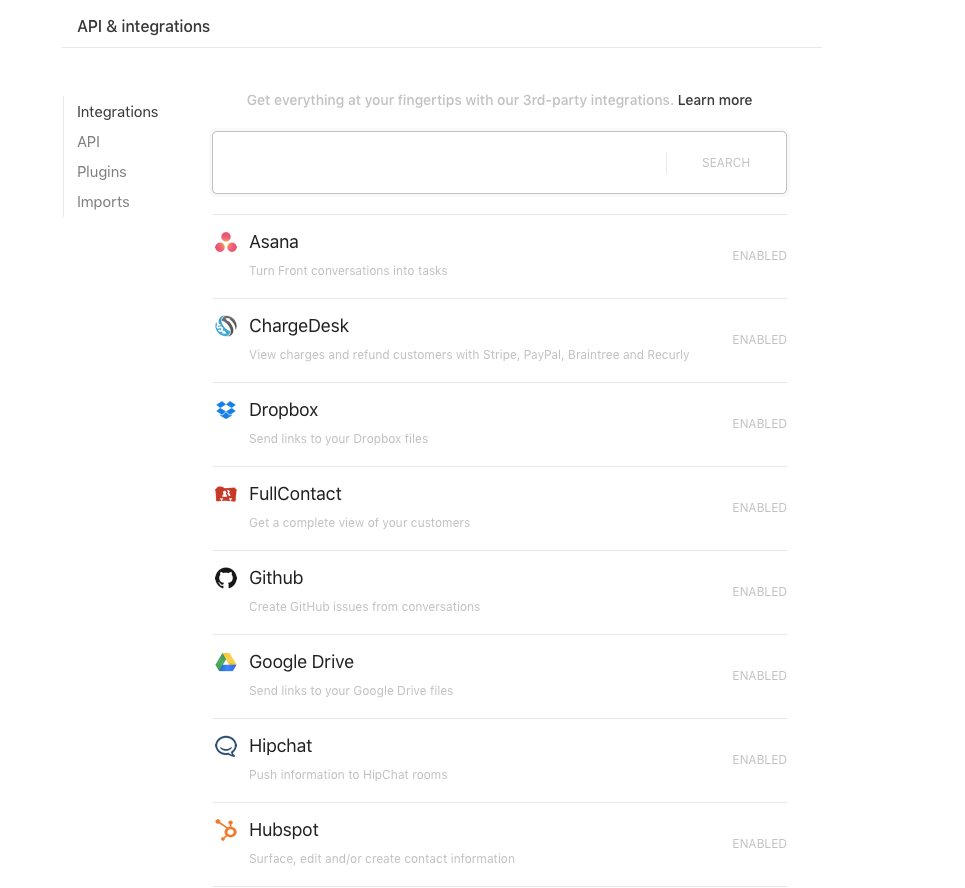 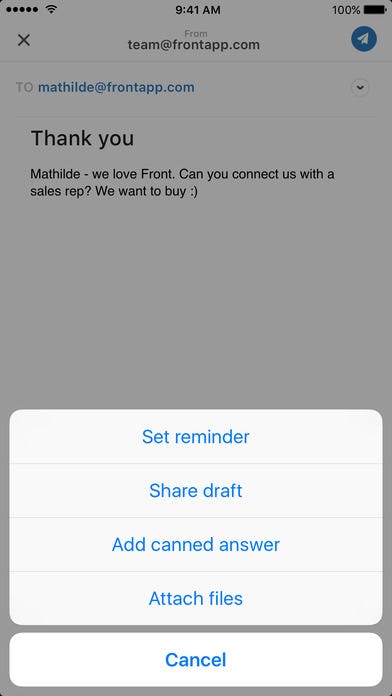 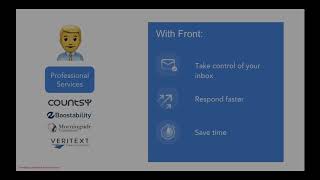 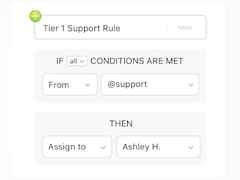 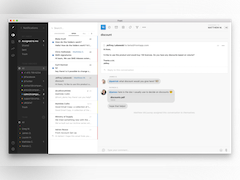 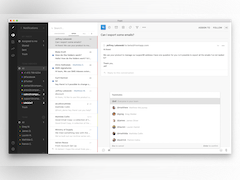 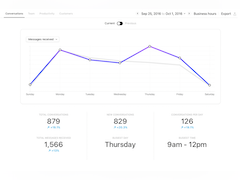 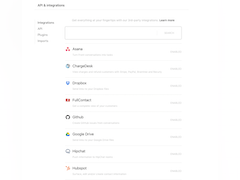 Front does not have a free version but does offer a free trial. Front paid version starts at US$19.00/year.

4.5 (1488 Reviews)
Calendly is the world's #1 scheduling tool. From entrepreneurs, to sales teams, to customer success - Calendly is for... Learn more
Compare Learn More

Sharing emails without having to forward them, being able to have internal conversations within an email, plenty of integrations

When I need to speak to all the team, I have to create a discussion and add them all, one by one.
I'd rather have the possibility to @team within an email or a discussion to make sure they are all included.
I also whish we could find a slack inbox where we could find all the channels we have and avoid having to switch between the two softwares.

Great experience. Sales Rep was educated, nice, responsive and a pleasure to work with. Then the product was easy to use and solved what we needed.

It is incredibly easy to use. We transitioned to this from HubSpot support and we were concerned about a learning curve, it is about as basic and intuitive as it comes. We budgeted 2 weeks to implement and it took us less than 2 days to transfer everything over and learn how to use it for its core functions.

I may be doing this incorrectly- but the Slack integration doesn't always work correctly. I think it would've been helpful in the integrations section to have a troubleshooting guide if it doesn't work. For us we filled out all fields and appropriate slack channels but the messages were not sent there. (Again could be our error)

HubSpot was AWFUL! I am so passionate about this. We had several situations with HubSpot where emails were sent to the wrong individuals with support tickets, the site crashed completely, and it was inconvenient that they did not have a mobile app. We got a Customer Success Representative at HubSpot assigned to us and they "follow-ed up" on the bugs and were never fixed. Eventually she ghosted us. Switching to front was the best thing that could've happened to us.

Reasons for Switching to Front

As part of our product offering, we send emails from our client's email domain to appear as it is from them. With these integrations, Zendesk's product was unable to support the configuration but Front was able to.
Philipp D.
Value for Money
4
Features
5
Ease of Use
5
Customer Support
5
5
Reviewed on 28/12/2021

Some necessary features may be expensive, for us this was integration with HubSpot and CloudTalk, but overall reasonably prices.

One of the worst email applications I've ever used

The overall look of Front is simple, which is nice.

The snooze function on emails.

The support staff were friendly and quick to answer.

My company switched my team over to Front after a couple people who shared an inbox had issues with managing it. I didn't have a shared inbox, but struggled with the lack of functionality for just personal inboxes.

There are so many missed functionalities to Front it made my job incredibly inefficient. I found myself spending more time doing my job which consists of heavy emailing because of Front problems.

2. Unable to edit messages in a previous thread. Say someone sends you a list of questions. You cannot just answer next to their list in the previous email and say "see below."

3. Archiving messages... when we first switched to Front, the management team used it for a few weeks to test it. When the team was instructed to switch within the next couple weeks, and BOOM thousands of emails that Front could not autoarchive. I had about 10 emails in Outlook during the switch. The front inbox had accumulated thousands over the course of the management test period. Front could only auto archive shared inboxes, not personal. I had to spend 20 minutes selecting 3000 emails to auto archive since it didn't sync correctly with Outlook.

4. Saving emails... you can't. You only have the option to send a link of the email which only works for those that also used front.

5. You cannot edit pasted tables in front, as far as formatting goes. No deletion of columns or making rows smaller.

6. No red flags or categorizing. Often I'd keep emails in Outlook and red flag them to remind myself to check on it before I leave. No flagging in Outlook. This is replaced by snoozing in Front to make it reappear later, but I do miss the flag option.

7. You archive something in someone else's inbox that they share with you... it archives in their inbox, too.

8. No options to make folders. You want to move emails to a folder to refer to later? You cannot.

I could go on and on and ended up emailing a list of 18 problems after using Front for the first 3 months to management who sent to Front support. The responses were basically they hope to rollout that feature one day. Which obviously doesn't help now.

I love the team inboxes. Makes it really easy to move messages around without having to forward/reply. It's also great that you can comment on an email for other team members to see. We also often use the ability to reply to an email as someone else on the team.

Didn't find it was a great fit for our customer support team yet. Seemed like it was going to take too many integrations to match what we're already using.