About PHP Point of Sale

PHP POS is a hybrid point of sale (POS) solution that helps small and startup retail businesses across various industries to manage their day to day business operations, interact with customers and process financial transactions. PHP POS can be accessed via multiple devices, including desktops, laptops and smartphones and users can operate it across multiple retail locations. With the inventory management feature, users can add items to their list of available stock and track sales. Retailers can also create store accounts for customers and offer custom gift cards via the platform’s customer management application. Additionally, PHP POS supports multiple languages and also allows retailers to accept payments via credit cards. PHP POS is available both on-premise and via the cloud and offers apps for Android and iOS devices. Services are offered on a monthly subscription basis that includes support via product videos and an online knowledge base. 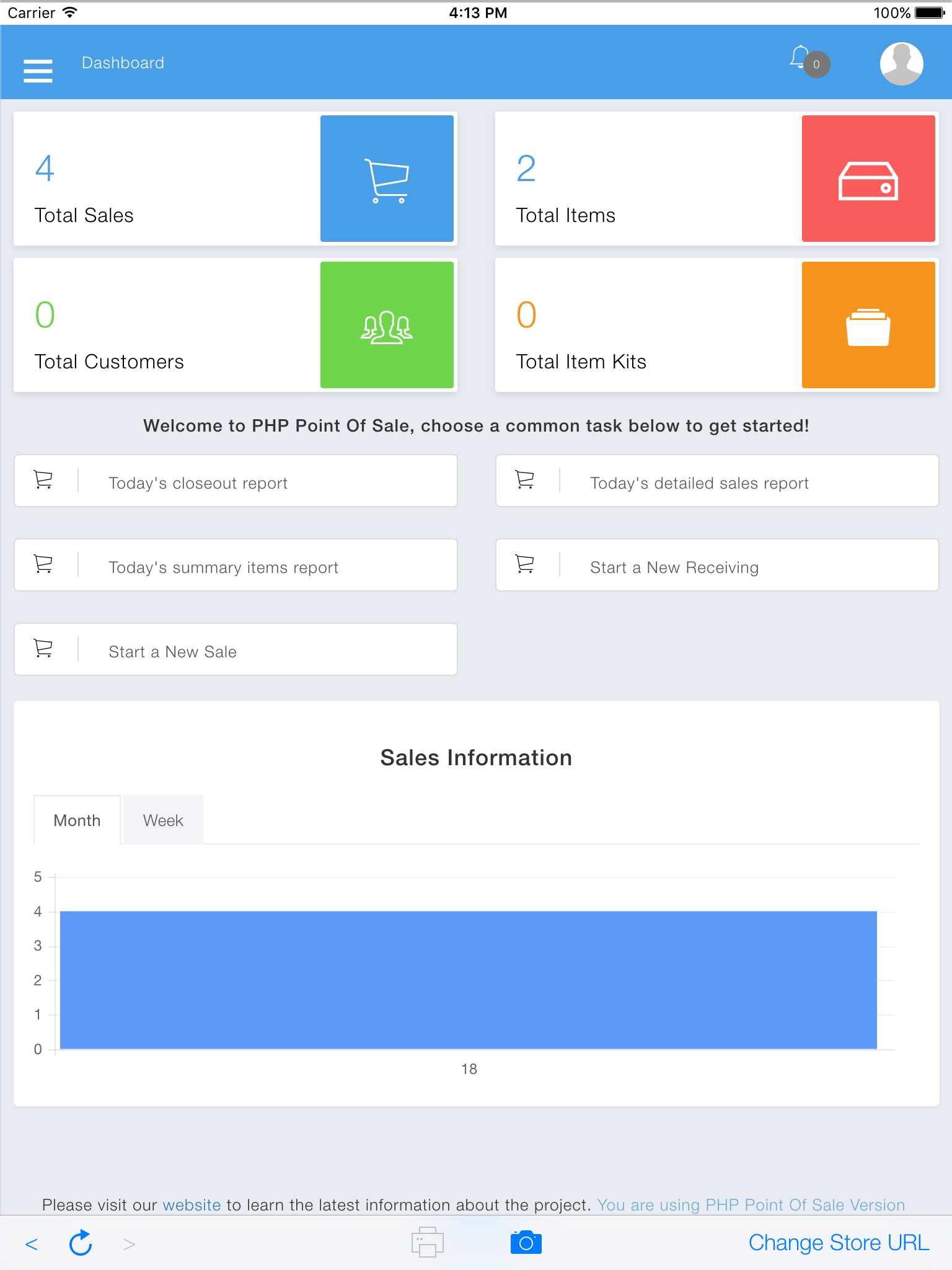 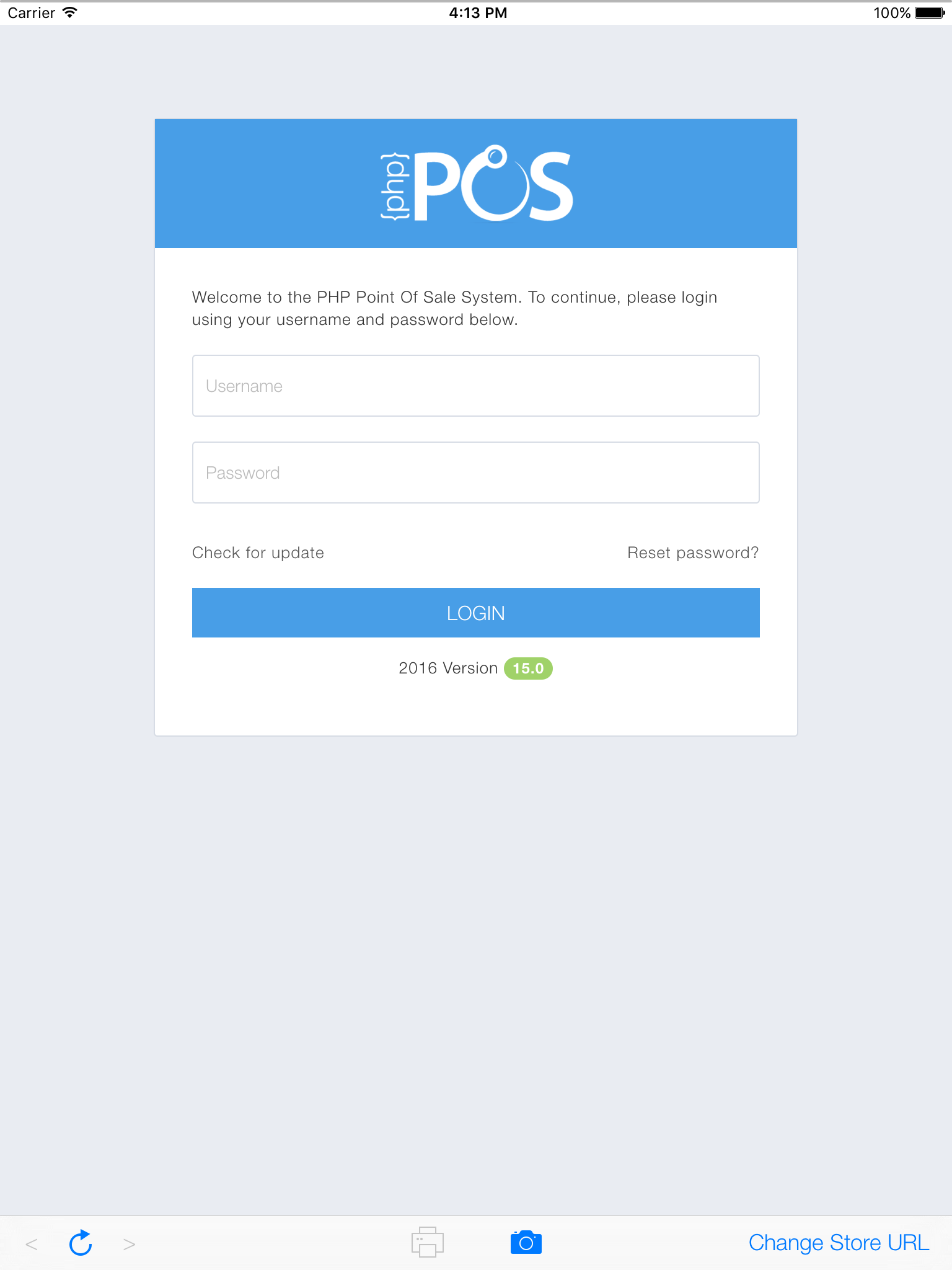 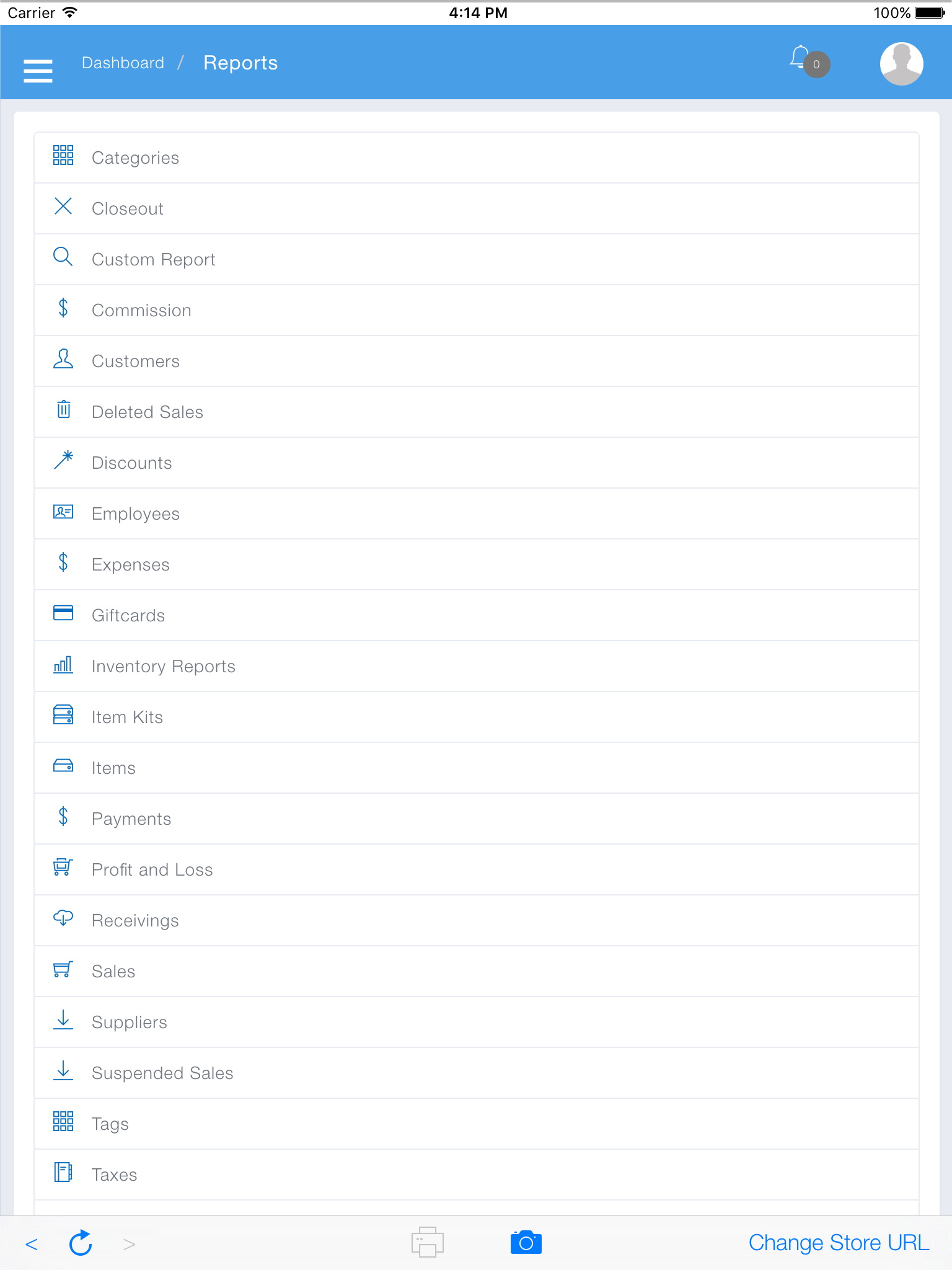 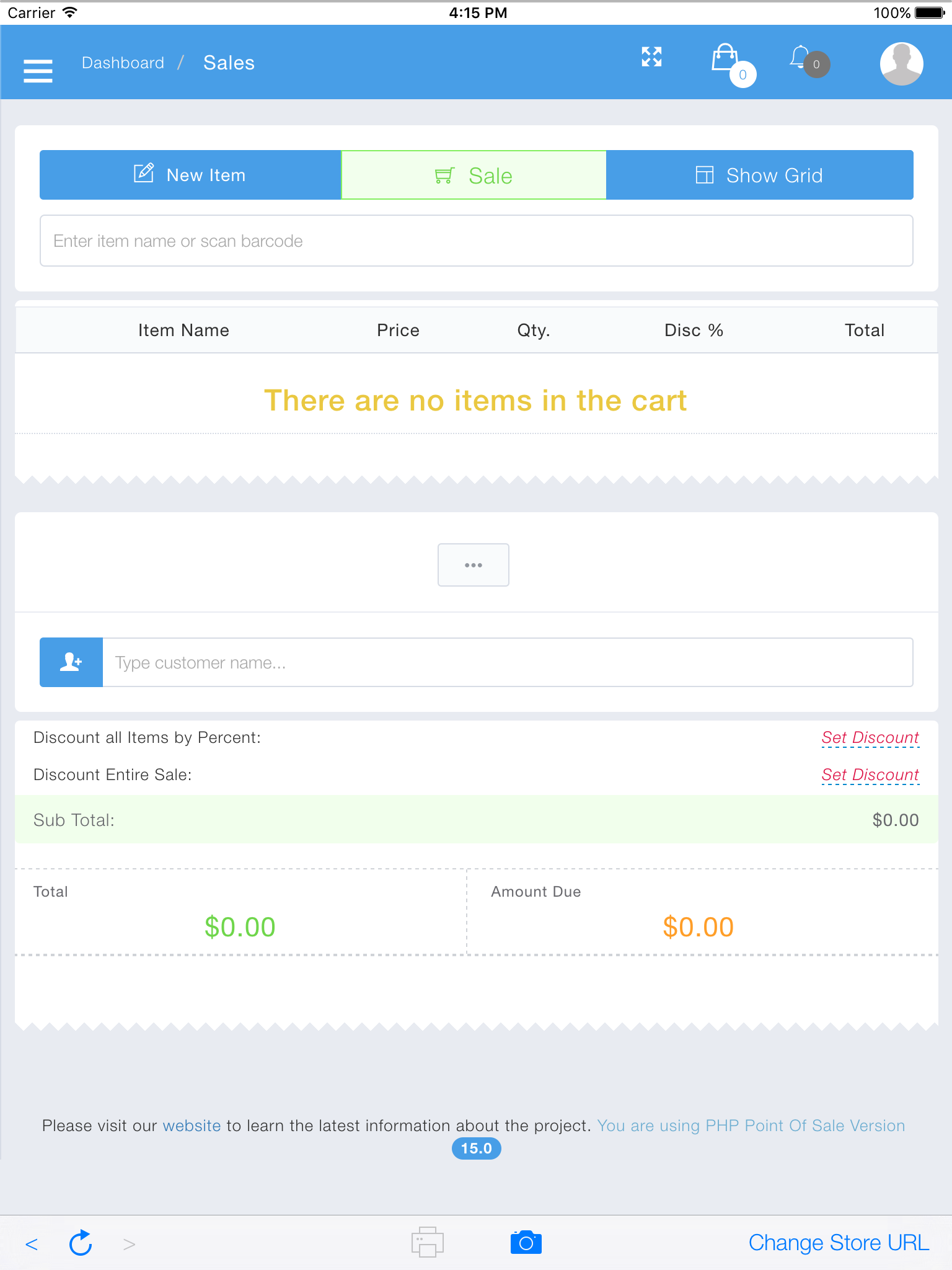 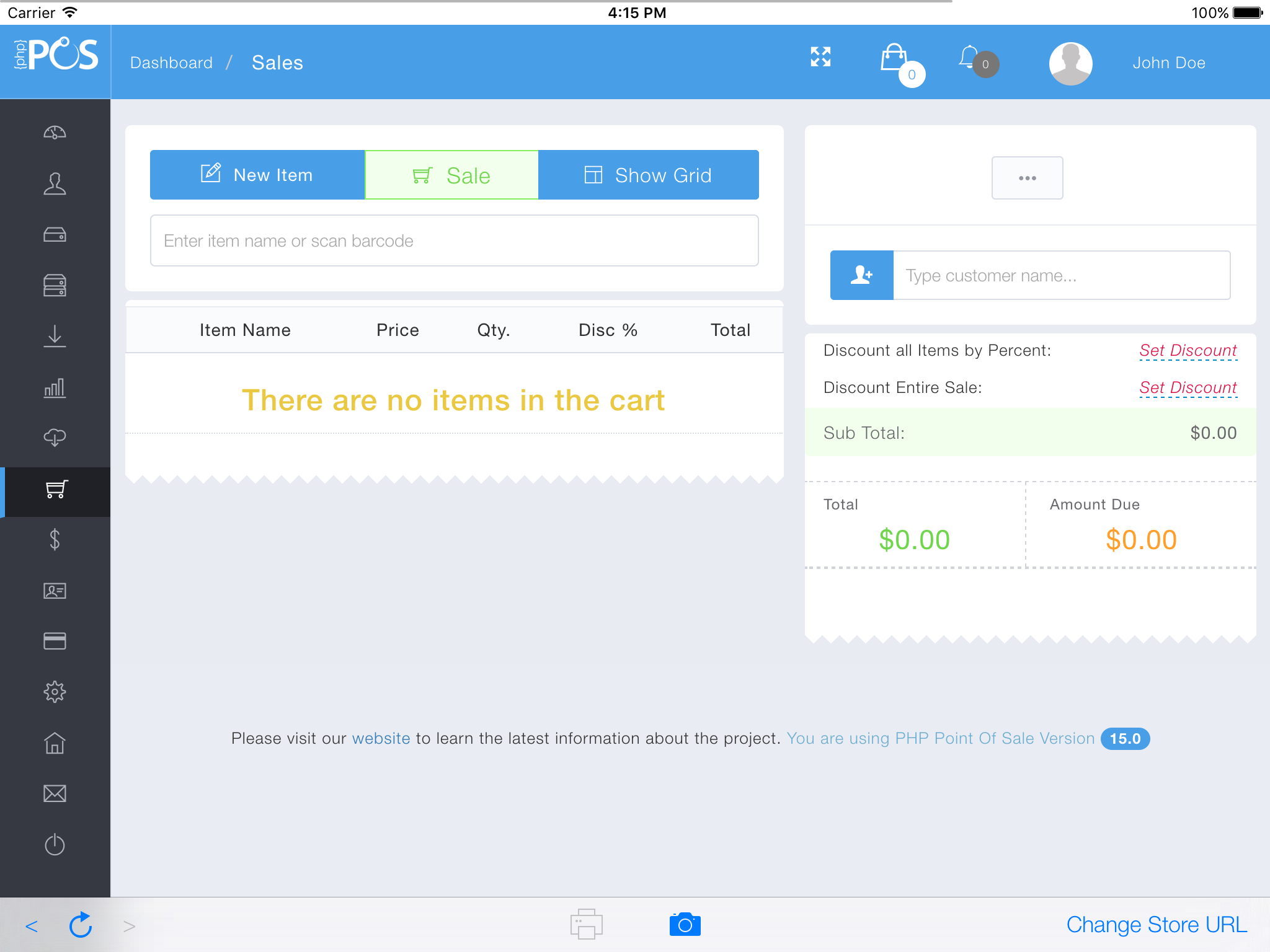 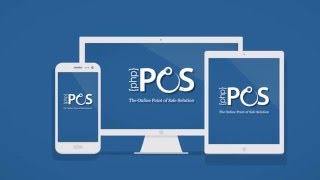 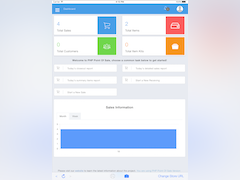 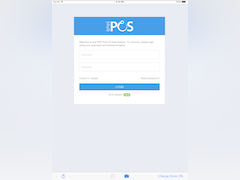 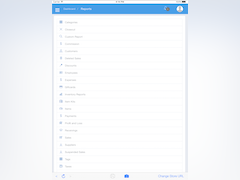 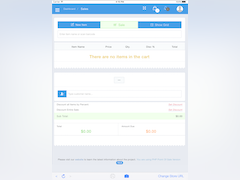 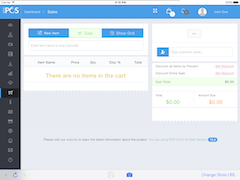 4.6 (179 Reviews)
WooPOS is a Windows-based and Hybrid solution that helps small to midsize businesses in the retail industry manage...
Compare Learn More

3.9 (171 Reviews)
QuickBooks Point of Sale is a retail point of sale system suitable for various small businesses such as clothing and...
Compare Learn More

4.2 (224 Reviews)
Vend is a cloud-based point of sale system for retailers of all types and sizes. Vend offers tools to help manage the...
Compare Learn More

4 (1 Reviews)
ConnectPOS is a cloud-based point of sale (POS) solution for Magento that allows retailers to manage orders and accept...
Compare Learn More

4.2 (906 Reviews)
Lightspeed Retail is a cloud-based POS solution that is suitable for retailers in industries such as apparel, footwear,...
Compare Learn More
View all alternatives

I have been using PHP Point of Sale for over 3 years now. I am very happy with the value and...

Great support, if you have an issue they will take care of you. It is so comforting to know that there is a real person that will help you out when you are in a jam. They are also innovating, they don't rest on there past performance. I always see new features that I am happy they have added.

I am very happy with it. However, if I had to chose something it would be better accounting for a whole business picture of your performance.

A lot of value for the price

We used a fairly old, desktop-based POS for years. When web-based POS's started coming out, it seemed that they offered some significant advantages - though our first try with one (Hike POS) was an utter failure, based on what was promised with it. PHP POS worked great right from the start. The features they promoted all worked great - in fact, the biggest challenge was in determining how to utilize it's full potential. We've used both the downloaded and hosted version of it, which are virtually identical. We've used it on Windows pc's, ipads, and android devices. As mentioned, they offer exceptional support, including a robust feature request/implementation feature. They don't seem to pursue the same level of marketing as other POS systems, which I'm guessing would account for why they charge only about half the price of similar setups. We're all extremely happy with it.

There are an incredible number of ways to customize the software, and the range of capabilities is equal to POS software that's far more expensive. On top of that, there's support that surpasses pretty much any other software I've ever used.

I'd kind of like to see certain reports that aren't readily available, but that's an awfully minor issue.

They promoted "seamless integration" with financial software, which never ended up working. There were features that were apparently little used - so flaws that had been overlooked. Reports were inconsistent in accuracy. Support was available, but only with staff that had only a general knowledge of operation - issues had to be thoroughly documented and repeatedly brought up for anything to get to tech-level staff. We had to abandon it about half-way through a one-year subscriptions

I wanted one that could be used on a pc as well as ipad, one that had specific functions (e.g., inventory control), and one that was reasonably priced. Square and Shopify have certain advantages in that they also offer e-commerce, but they price one or the other (POS or e-commerce site) unreasonably - at least for us. PHP POS was by far the most feature-rich for the price.
Mari
Value for Money
2
Features
3
Ease of Use
3
Customer Support
5
3
Reviewed on 25/04/2018

A descent tool for small businesses

We use PHP POS as a costing tool for our ecommerce website which it does fairly well especially for creating product bundles. Relatively easy to use.

Does a poor job of inventory management when using product bundles, e.g. it doesn't adjust the inventory of the individual products in a bundle. The new price is rather steep.

We loved it until we developed our own

Great. We loved the easy to use, easy to deploy and syncing features. It syncs to your woocommerce store.

It is easy to use. It is easy to understand for people who are not used to POS systems. We were able to train new employees on how to use it very quickly. The fact that you can connect several stores online was great.

Out of nowhere the team behind it decided to make it close source and forcing you to switch to their online SAS option. That didn't work well for us since we have poor internet connection in some of our stores. Therefore we had to develop our own software. The team behind PHP point of sale have since retracted their efforts to make it close source, but it was too late for us; we moved on.

Response from PHP Point Of Sale

Thank you for the review. You are correct that we removed download version and brought it back. We still recommend cloud for most people now that we have offline mode.

This product has immensely helped my business, helping it run smooth

We started a new business with this software and loved it, the setup process was simple and we never have any issues, keeps the store running smoothly

I honestly don’t have anything I dislike, we really enjoy this software